How the WeStrive App was created - all the years of struggles & mishaps to get to where we are today. 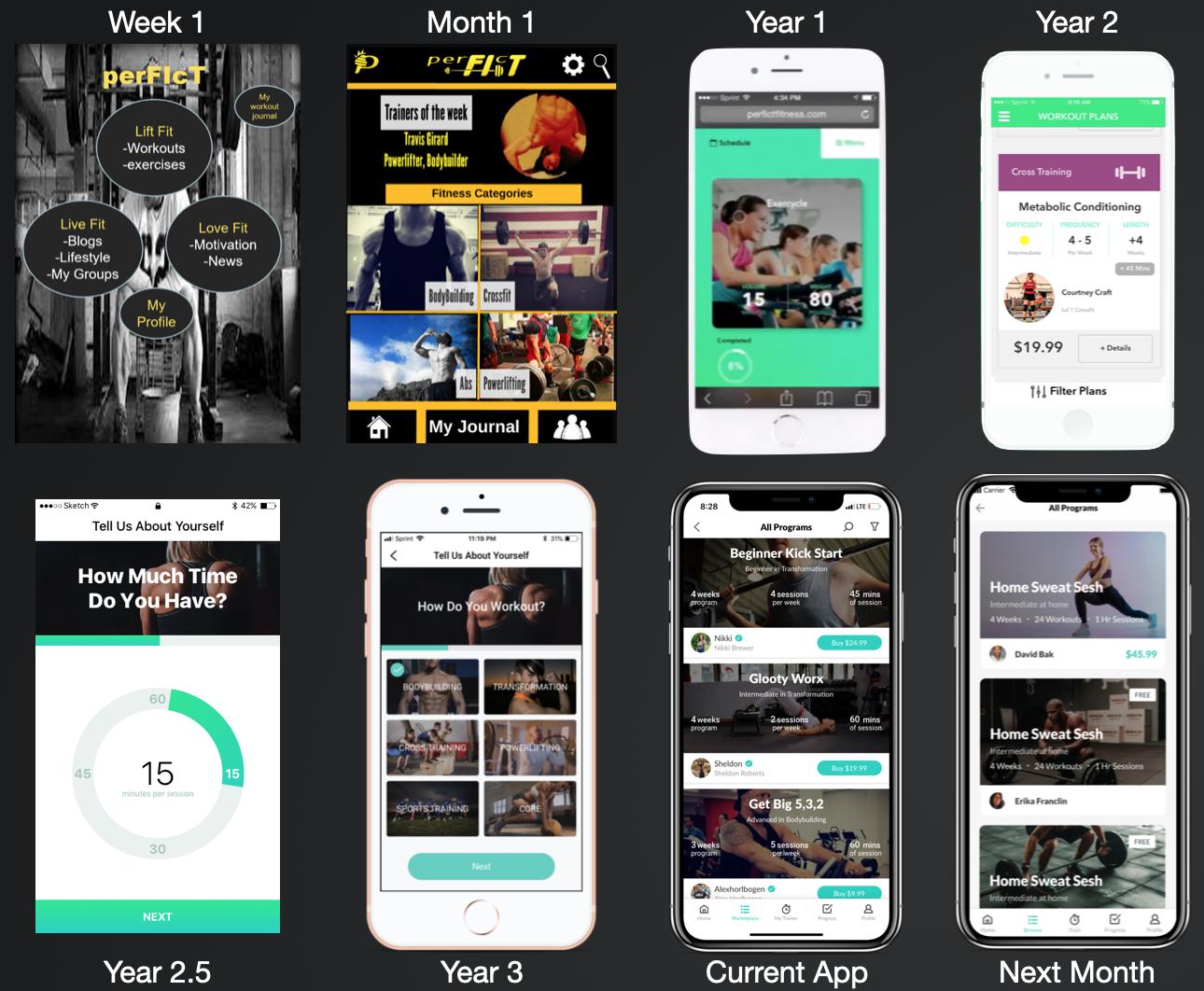 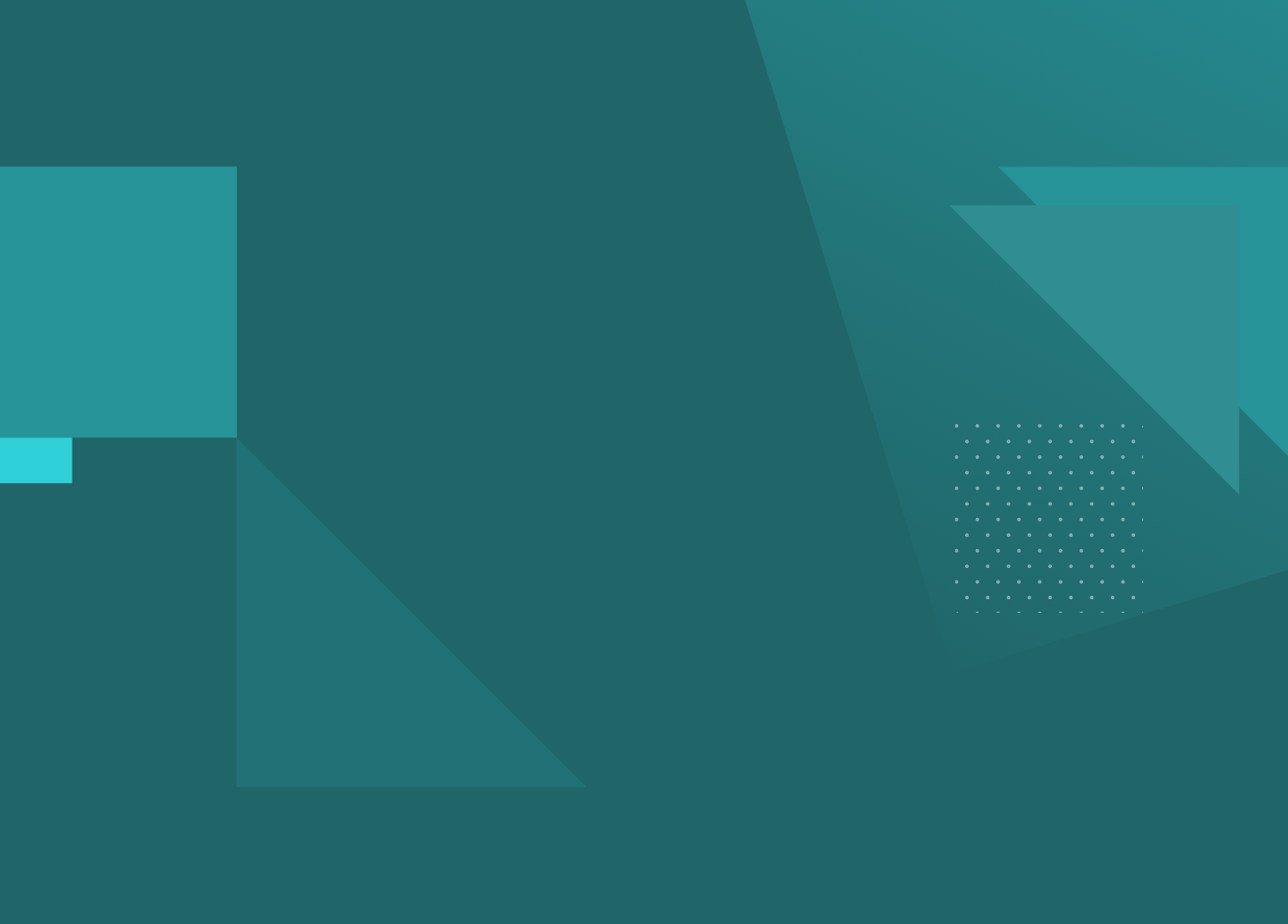 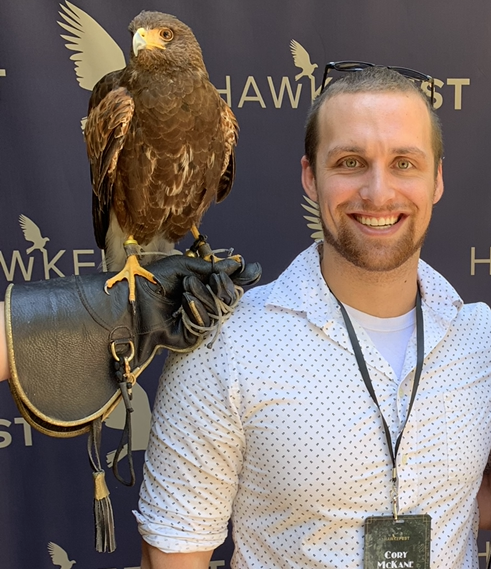 Huge fan of fitness. Even bigger fan of helping you with your fitness. Chief Do-a-little-bit-of-everything Officer (CDO) 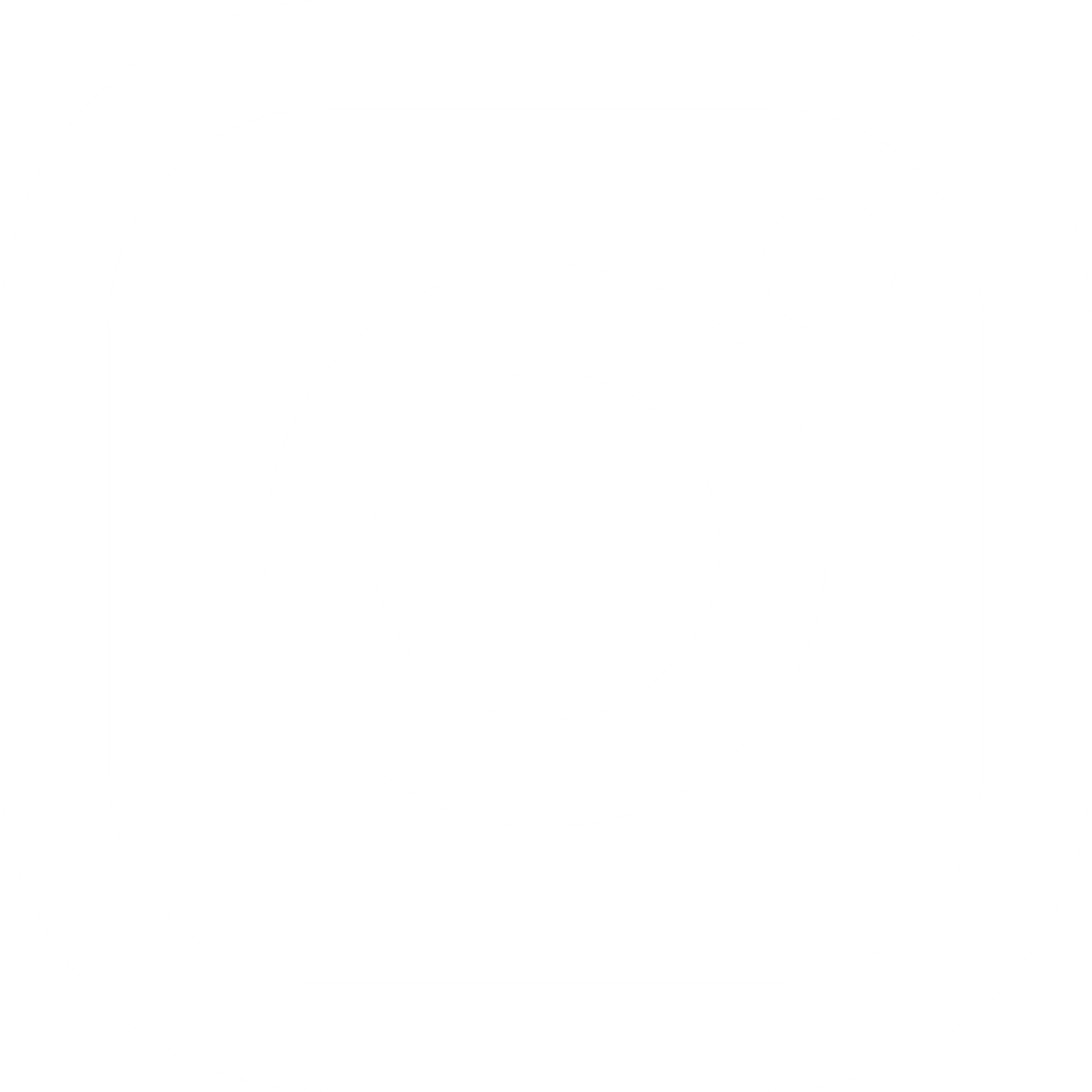 Let's see, where do I begin.

The story of PerFIcT (the former name of WeStrive) begins in Cheney, Washington. The idea of creating a social personal training app sounded like an easy task at the time...but little did I know just how hard this task would actually be.

I personally spent years pitching investors, building websites, working with developers, and really just talking with anyone and everyone trying to figure out how you even go about building an app. After a successful Kickstarter campaign in the spring of 2016, PerFIcT had collected enough funding to begin working on our first app.

Due to development struggles, the app is delayed six months and doesn't launch until February of 2017. Even after all the struggle, the app was still a failure. The designs were not professional, there was no P.O.S. (Point of Sale) system in place, and the social element (along with many other things) had yet to be added.

Out of failures, come some of the best lessons. I, along with Sean Daly, Cy Zellner, and Ian Bouchard, set out to find a new development team and to completely part ways with the app we had just created. In the summer of 2017, PerFIcT is introduced to StartupSoft, a development team based out of Toronto & Ukraine, and a life-changing partnership was born.

In exchange for equity and cash, we partnered with StartupSoft and handed over a 150-page document with web/app designs to let this new company take the reins. After a few months of collaborating on the design, our company struggled to come up with the necessary funding to accelerate development. Thanks to a successful Start Engine campaign in late 2017, the work resumes as PerFIcT raises $24K (still not a lot) through the equity crowdfunding website.

After years and years of work, the PerFIcT App finally launches in June of 2018 as a marketplace for fitness plans where personal trainers could sell to exercisers.

We finally launched our app...hooray, right? Not exactly. We planned a massive launch party on a Santa Monica rooftop to celebrate our beautiful new app finally entering the world. On the day of the launch party, I received a call from Apple. They informed me that they were removing our app from the App Store due to the fact that we weren't using their payment system.

Frustration doesn't even begin to cover how I felt.

We had purposefully submitted our app to the App Store three separate times throughout the previous months to our launch...just to verify it's authenticity for this very same reason. We were told, "the person who approved your app each time shouldn't have done that".

We went on with the launch party as scheduled, but were only able to sign-up Android users (about 10% of the event's attendees). From there we spent the next few weeks re-building the entire payment system in our app and by the time we launched we had lost all of our momentum.

I truly believe everything happens for a reason (more importantly, if I'm not optimistic about this terrible situation then it will seem like a massive loss of time...which it kind of was). If we hadn't of had that botched launch party then we would have spent countless months focusing on the entirely wrong product.

You see, as everything was falling apart before my eyes, I realized that I had been looking at our platform all wrong this entire time. I made the mistake of taking something I wanted - a marketplace for fitness programs - and convincing myself that it was the best possible solution for our business. However, after speaking to hundreds of trainers, I took a step back and realized that what they truly needed was a better platform to actually run their business...and not just sell programs.

The PerFIcT Team and I immediately put together what funding we had and spent the next 1.5 years rebuilding, beta-testing, and adding an entirely new Client-management tool to the WeStrive platform.​ I approached my development team, StartupSoft, with another 120 pages of designs - and we got to work.

After 6 months of work on our new platform, in early 2019 we decided to rename our future app 'WeStrive' and to abandon our old name of PerFIcT for various reasons:

Back to the development: I once again completely underestimated how absolutely massive of a project we were building. It's mind-blowing to think about all of the features that would have to go into our product in order for it to be market-ready.

With that being said, after about a year and a half of work (and on a shoe-string budget), we were finally ready to launch in January of 2020.

"I never lose. I either win or learn" - Nelson Mandela

I'm not going to lie to you, the launch of the app was pretty rough (shocker). We went live on Product Hunt and they had a very rare glitch that caused our platform to not be seen anywhere on their website. Our followers had to search 'Cory McKane' - go to my profile - click on my projects - and then they could find WeStrive.

It's such a rare occurrence that it took the Product Hunt team a week to admit to me that the error was on their end. They let us re-post but by then the damage was done...no feature for us :(

Then, the app launches in January with a slew of bugs that took about a month to fix.

The biggest of these bugs (and I take 10000% blame for this) involved an error that occured when transferring our programs from one app to the next. When we moved our 500 marketplace programs from PerFIcT to WeStrive, our new app accidentally 2-3X'd the number of exercises in each circuit. I went through these programs one by one personally and somehow didn't even noticed.

So when exercisers were following a circuit - Let's say you're doing 3 rounds of bicycle crunches, burpees, and sit-ups...you actually ended up being told to do 9 rounds. Now imagine a program having 3 circuits in it, 3 exercises each, for 3 rounds each. An exerciser goes from doing 9 exercises in circuit to doing 27 per circuit...and going from 27 exercises overall to doing 81 exercises overall. So yeah, it was a problem.

The crazy part is that people were actually doing these ridiculously long workouts (good for them!).

I spent the next month fixing this bug, along with several others, and then WeStrive was finally ready to go.

Our team spent from February-July conducting hundreds of interviews with personal trainers. I personally believe that customer service should be the number one priority for a company, so we wanted to make sure that our personal trainers & clients were happy.

We learned so much throughout this process... literally HUNDREDS of amazing ideas came out of these interviews and that's what we'll be introducing with our re-launch in December of 2020.

We're excited to be launching our new platform. Our team has worked so hard and I really couldn't be more proud of them.

We have a lot of work ahead of us, and we're ready for it.

Feel free to send us an email at Help@westriveapp.com if you have any questions about the app...and if you're still reading, thanks for listening to our story. Have an awesome day or night (or maybe even afternoon). Don't forget to be a good person and always follow your dreams.

Add your email to receive weekly updates on the personal training industry, news about fitness, and so much more.

Thanks for joining our newsletter.
Oops! Something went wrong.
Don’t worry we won’t send you spam 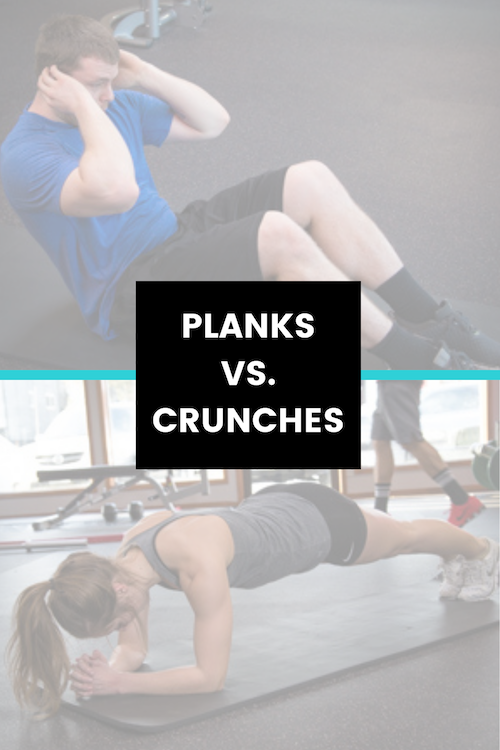 The reality of both of these exercises is that they help to develop your core but are designed for different goals. We'll compare them in-depth in this article. 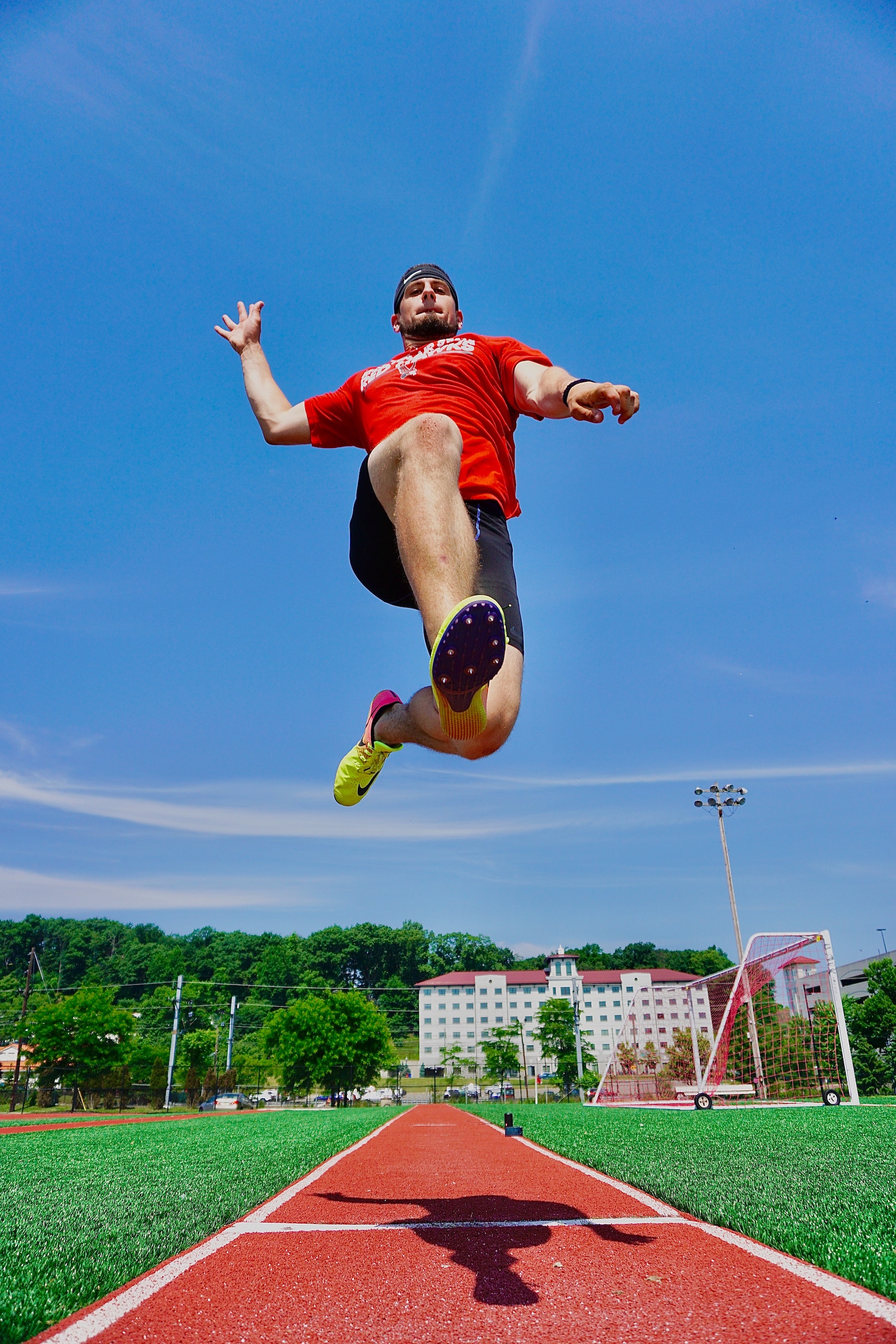 Player Choice: Find out the best ways on how to really embrace personal training athletes by giving them the "Player Choice" on how they want to train.

5 easy apps that will make your personal training business better

5 easy apps that will make your personal training business better. Everything from client management to beautiful image-creators for social media.